Much “inorganic” activity was discovered – including excessive retweeting by bots or fake accounts.

Both sides received amplification, but pro-Leave more so than pro-Remain, according to F-Secure.

“A significant number of non-UK accounts were involved in pro-Leave conversations and retweet activity,” the researchers wrote in their report, which has been published online.

However, the team did not think there was enough evidence yet to prove that there is a co-ordinated campaign under way to manipulate public opinion.

“The activity we found happening on the ‘Leave’ side of the Brexit conversation was quite different from the more organic appearance seen in the ‘Remain’ conversation,” said Andy Patel at F-Secure.

“At the very least, our research shows there’s a global effort amongst the far-right to amplify the ‘Leave’ side of the debate.”

Twitter accounts were deemed to be associated with the far-right when they published tweets linking to far-right news sources or when they expressed support for individuals such as anti-Islamic activist Tommy Robinson, for example.

Determining whether accounts were UK-based was tricky – but in many cases the researchers were able to show, for instance, that an account would be active during UK night-time hours. Or, US cities would be set as the account’s public location.

Similar associations with America were present in a dataset of pro-Leave tweets from before the 2016 Brexit referendum, according to Kalina Bontcheva at the University of Sheffield.

“There were even then US right-wing accounts involved in the discussions,” she said.

While many of the accounts supporting pro-Leave and far-right views appeared to be US-based, Prof Jason Reifler at the University of Exeter said the patterns of activity were consistent with tactics known to be used by Russian troll farms.

However, it was difficult to know whether such behaviour on Twitter had any effect on politicians or the public at large, he added.

“We find very little evidence that [for example], fake news consumption changes people’s vote preferences or their likelihood to vote,” he told the BBC.

It was possible, though, that changing the online conversation in subtle but important ways could influence journalists and politicians, for example, who in turn may have a broader influence on the rest of society. 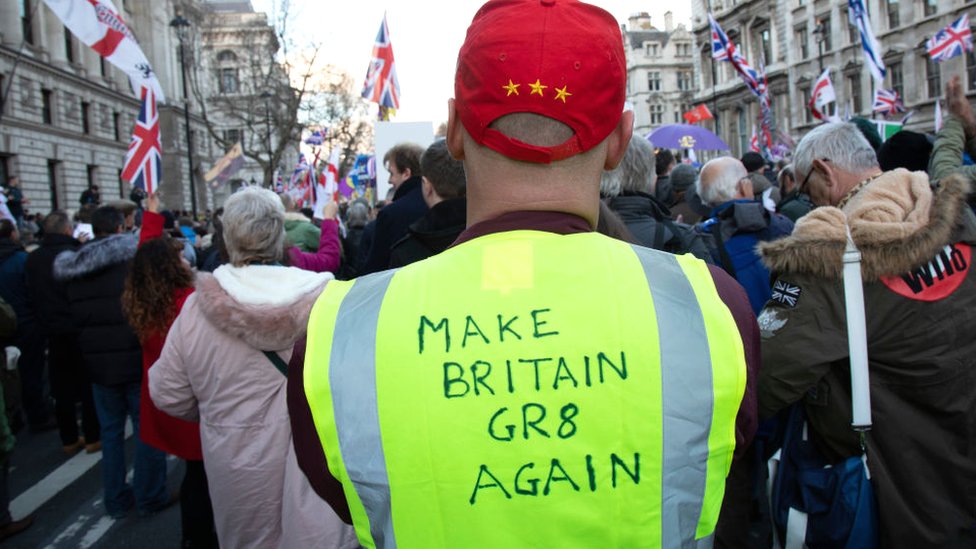 Caster Semenya and the Twisted Politics of Testosterone