Group E is on a knife-edge at the Women’s World Cup 2019 and a lot rests on the second games for Canada and New Zealand. Read on to find out how you can catch a Canada vs New Zealand live stream from anywhere around the world with our instructions below.

Canada opened their World Cup campaign with a hard-fought but deserved 1-0 win over Cameroon thanks to Kadeisha Buchanan’s crucial headed goal. They can guarantee their place in the next round with a win today.

New Zealand will have to pick themselves up after a demoralising 1-0 defeat in their opening game against the Netherlands which saw them concede a header from Dutch substitute Jill Roord in the 93rd minute.

Live stream Canada vs New Zealand – where and when

Kick-off is at 9pm CET, meaning a 8pm BST for viewers in the UK. For Canada fans that means a 4pm Eastern Time kick off and for supporters in New Zealand it’s a morning start of 8am NZST.

All eyes will be on Canada striker Christine Sinclair, who’ll be itching to get on the scoresheet today. The 36-year-old hotshot is just four goals away from setting the record for the most international goals scored by a female or male soccer player worldwide, with retired USA forward Abby Wambach’s incredible career tally of 184 within her sights.

Canada will certainly need Sinclair and her teammates to be more efficient in front of goal against New Zealand – the Canucks dominated play against Cameroon with 74 per cent of possession, but could only manage to scrape a win with a single goal.

New Zealand won’t be making it easy – they’re a well-drilled side with one of the most well-organised defences in the tournament. Earning at least a point in this match will be crucial if the Football Ferns are to progress in to the next round, but can coach Tom Sermanni lift morale after such an agonising opening loss?

Don’t miss any of the action by following the instructions below and grabbing a live stream of Canada vs New Zealand wherever you are in the world.

If you’re in UK, US, Canada, Australia and New Zealand, we’ve got your viewing options listed below. If you’re out of the country for today’s match, you may find that geo-blocking will prevent you from watching your regular domestic coverage from abroad. You don’t have to risk watching the match on a dodgy stream, however.

With the option of using a VPN service, you can tune into the match no matter where you are in the world, and its super easy to set up.

We’ve put all the major VPN services through their paces, and during our tests ExpressVPN came out as our pick of all the services currently out there, thanks to it’s combination of security, speed and simplicity to use. It’s also compatible with loads of streaming devices such as Amazon Fire TV Stick, Apple TV, Xbox and PlayStation, as well as Android and Apple mobiles. So to get that home broadcast and stay safer online, ExpressVPN is your best option (or one of the other best VPN services out there as listed below).

1. Express VPN (comes with a 30 day money back guarantee) This is the #1 rated best VPN in the world right now, with those previously mentioned levels of security, speed and compatibility putting it to the top of the list. You can try it out for a month for free or sign up for an annual plan and get 3 months absolutely FREE. Check out Express VPN

3. IPVanish supports up to 10 devices, so great on the go

Once installed, you simply fire up the VPN app, hit ‘choose location’ and select the appropriate country. Choose any region showing the Women’s World Cup and you can then watch as if you were in that country. It’s really that simple.

For footy fans in Canada, CTV/TSN is where you’ll need to head for today’s match. You’ll also have the CTV Go app for mobile as an additional option.

If you’re outside of Canada and want to watch your regular domestic coverage of the game, fear not. Downloading a VPN will let you watch CTV’s coverage from anywhere around the globe.

How to watch a live stream of New Zealand

Watching the 2019 Women’s World Cup in New Zealand means splashing out for a subscription as Sky Sports holds exclusive rights for the tournament in the region. Today’s match starts in the early hours of Monday morning at 8am NZST and will also be available to watch  on the Sky Go app. If you’re outside NZ  and want to watch the match, you’re best bet is to get up and running with a VPN.

How to watch Canada vs New Zealand: live stream in Australia

While all matches involving Australia, (plus the quarter finals, semi-finals and final), will be available for free for viewers in Australia on SBS and the World Game online service, this match isn’t.

If you’re looking to tune to Canada vs New Zealand in Oz,  Optus Sport will be showing the game in the region, which means you’ll need a subscription which currently costs $14.99 per month, but will give you access to every match of the tournament live.

Whichever option you go for, prepare yourself for a late start as kick off is at 5am AEST.

Remember, you’ll need a VPN if you’re intending to watch the Australian coverage from overseas.

How to stream today’s match in the UK

The good news for those looking to watch today’s match in the UK and all other games of the 2019 Women’s World Cup is that they’re to be shown free-to-air as the BBC has exclusive broadcasting rights for the tournament. You’ll also be able to watch matches live online and on the go via BBC iPlayer. Today’s game will be live on the BBC’s Red Button service, with coverage set to start at 7.45pm.

If you’re outside the UK, you can still watch the BBC’s coverage of the match by getting yourself a VPN and connecting to an English server.

Live stream Canada vs New Zealand in the US

Fox Sports have the English language broadcast rights in the US while Telemundo and Universo will be showing the matches with Spanish commentary in the region. There’s also the Fox Go app you can download to your mobile device if you want to watch away from your TV.

Cord cutters who aren’t interested in getting tangled up in cable subscription should check out FuboTV , which will be showing matches in 4k and is currently offering a free trial. Alternatively you could try any of the other following services.

If you’re looking to tune into today’s match in the US, kick off is at 4pm ET and 1pm PT.

As well as opening up your viewing options for the Women’s World Cup, using a VPN allows you to watch all your domestic sports coverage from abroad. 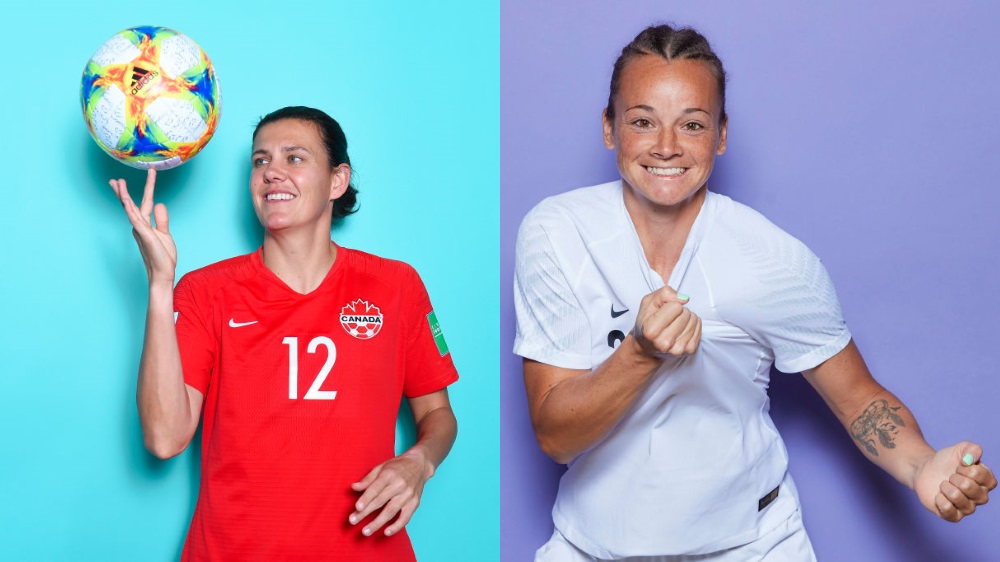 ABOUT US
Get freshly brewed content in technology news from electric car, gadgets to mobile prices in Pakistan & many more. Get your technology, trending information and meme updates from techmasair.com
Contact us: hello@quellxcode.com
FOLLOW US
© TechMasair by QuellXCode